In international CI, obtaining information from foreign markets is essential for developing successful market entry or defensive strategies. The process is the same as that in the home market but the analysis has to consider the characteristics and nuances of the foreign environments, such as cultural issues (Tian 2000). Normally, companies fail in their entry into foreign markets due to serious errors and misjudgements concerning the social, cultural, and political environment. Obviously, conducting CI on a global basis is much more complicated than doing that domestically (Feiler 1999).

Prescott and Gibbons (1993) once identified five reasons for conducting CI internationally and/or cross culturally: 1) Countries vary in the types, timeliness, accuracy, and motives for data collection; 2) The attitudes concerning individuals attempting to collect data and the ethical standards for acquiring information vary from country to country; 3) The technologies for the production, storage, movement, analysis and timing of information vary dramatically across countries; 4) Language barriers are important for both the collection and analysis of information; 5) Country-specific idiosyncrasies need to be addressed. In an attempt to address country-specific qualities the CI analyst needs to consider culture. Definitely, cultural factors have a major influence on the result of the analysis.

It is important CI professionals avoid any possible cultural bias in their practice. The most cited cross cultural business research scholar Hofstede (1980) notes that ethnocentrism is present in most measures used in cross cultural research; as such he suggests that instruments should be developed cross-culturally. In fact, Hofstede even notes that ethnocentrism is common not only in research design and instrumentation, but also in data collection and in data analysis. He further indicates that translation and back translation are not always foolproof and depend on the skills of the translator. To overcome the cultural bias in cross cultural research Hofstede suggests that using a panel of bilingual readers familiar with the content matter is less costly and may be just as good as or even better than a pure back translation. Finally he suggests that quantitative analysis such as factor analysis is useful, but care must be taken to ensure that any differences are due to culture and not to other factors such as social status, sex or age, for examples. 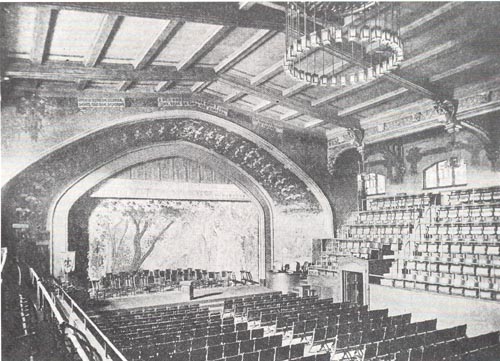 Based on the previous studies conducted by Sheinin (1996) and Simpkins (1998) we would suggest 15 cultural variables to be considered by CI professionals from a cross cultural perspective (see table 1). The objective of the CI practitioner in a global setting is to research, to gather quality, accurate and relevant information to complete an analysis. If the analyst does not consider the above variables, serious errors in judgements can be made. The CI investigators may inadvertently impose their cultural bias or make culturally based assumptions, or may be oblivious to the perceptions of the host nationals to the individual CI professional's cultural conditioning. After all, the analysis based on a lack of cultural awareness may misinterpret the information and thus affect the effectiveness of strategic decisions.

Table 1. Cultural Variables Need to Be Considered
Variable Content
Action Is the culture relationship-centred where stress is placed on working for the experience rather then the accomplishment? Or is it more task-oriented where stress is placed on actions that achieve the goal?
Competitiveness Is more emphasis placed on competition for rewards, or co-operation for the benefit of life and relationships?
Communications Is the preference for explicit one-to-one communications, or more of an implicit dialogue and avoidance of conflict? Are communications formal, where emphasis is placed on protocol and social customs, or informal, where restrictions are dispensed with?
Environment Do they feel they can dominate it to fit their needs, should they live in harmony with it, or do they feel that their world is controlled by fate and chance?
Individualism Is the individual more important then the group, or are the needs of the individual subordinated to the group interests. Loyalty to self or society?
Structure A society may either lean towards order, with its predictability and rules, or flexibility, where tolerance of unpredictable situations and ambiguity are acceptable.
Thinking Does the culture favour inductive reasoning based on experience and experimentation, or deductive reasoning based on theory and logic?
Time Is there a concentration on one task at a time, with a commitment to schedules, or an emphasis on multiple tasks, with relationships being the most important? Is punctuality precise and fixed, or is it fluid and loose?
Power and authority The dominant views of authority versus subordinates. The power distance between individuals.
Union and management The extent of union-management co-operation to achieve a successful company
Social values The dominant view of wealth and material gain- attitudes toward and the desire for material wealth versus religious satisfaction, the good life or other non-material stimuli found more in traditional societies.
Risk view The view of risk taking as a measured calculation of anticipated success.
Change and innovation Do people in a society embrace and adapt to change which promises to improve productivity or do they maintain their basic faith in traditions or old ways of doing things?
Ethical values The view of ethical standards and moralities.
Gender The degree of masculinity vs. femininity.

To be continued.
Posted by Unknown at 7:25 AM