Business Anthropology Is a Growing Field of Study

Business Anthropology Is a Growing Field of Study
Harry Wels
Business anthropology is a growing field of study and an emerging professional market as this interesting book ‘Readings in Business Anthropology” will explain in much detail in the various parts and chapters. In a sense, it could be argued that ‘anthropology’ itself has become business. This is not unique to anthropology, as nowadays almost all universities, and the scientists and scholars it houses, must show serious business-sense to be able to stay in academia. This implies in neo-liberal terms that ‘growth’ is a sine qua non for disciplinary sustainability. It could well be that without the adjective of ‘business’, anthropology will have difficulties to grow and sustain itself as an independent discipline in the university.
I remember vividly that in the second half of the 1980’s anthropology in the Netherlands, and more specifically at VU University Amsterdam, was suffering from a steadily decreasing numbers of students. To “apply” or link anthropological theoretical and methodological perspectives to “organization and management” was considered a good strategy to acquire a growth market in order to turn the tide. And it did! The study “Culture, Organization and Management,” as we labeled what was basically and in terms of its curriculum a study in business anthropology, attracted hundreds of students already in its first few years, and actually “saved” the anthropology department from closure. In that sense “business anthropology” proved its point.

To my mind, the 1980s have been very important for giving “culture talk,” a concept I borrow from Mahmood Mamdani, in organization, management and economics a decisive boost. It was a time that economic successes in Japan were explained by many by referring to its particular cultural make up (later followed and copied by similar explanations about other “Asian Tigers”). It was the same time and age that corporate successes were increasingly explained by referring to so-called “strong” organizational cultures: a “strong” culture would boost your business performance. 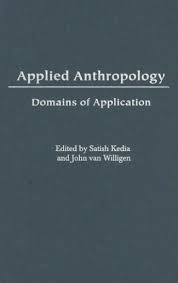 Business anthropology courses and approaches started to flourish around the globe. The various waves and large numbers of students that followed in the wake of this particular “cultural renaissance” have now all found their ways into society and business and as (older) university staff; we regularly come across our alumni in various places and positions in the global corporate world. It is interesting to observe how many of them are basically spreading the message of their intellectual upbringing in business anthropology even further around the world by proclaiming the message that this book also radiates: business anthropology is the way to go in this globalised world; developing cultural sensitivity is good (for) business!
This edited volume is timely as it perfectly captures the essence of the applied character of business anthropology in the 21st century and at the same time is able to contextualize business anthropology in relation to its roots in the anthropological discipline in the 20th century, and in the process recalibrating its orientation. I applaud the editors of this volume for their initiative and I dare to recommend the book especially to every businessperson who would like to learn more about the business advantages of building cultural sensitivity in this globalized corporate world.
April 2011, VU University Amsterdam